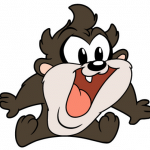 Hi all at History Wiki also known as Encyclopedia Historica.

Here is the history of our United Kingdom the political system! (common name in brackets)

The period in American history before the American Revolution is known as the 'colonial' period because the American colonies had yet to attain independence. The original thirteen colonies were: Massachusetts, New Hampshire, Rhode Island, Connecticut, New York, New Jersey, Pennsylvania, Maryland, Delaware, Virginia, North and South Carolina, and Georgia.

The United Colonies were a group of thirteen (British) colonies on the east coast of North America founded in the 17th and 18th centuries that declared independence in 1776 and formed the United States. 'Where the term United came from'

Retrieved from "https://history.wikia.org/wiki/User:Mr_Taz?oldid=27826"
Community content is available under CC-BY-SA unless otherwise noted.