Hernán Cortés de Monroy y Pizarro Altamirano, 1st Marquess of the Valley of Oaxaca was a Spanish Conquistador who led an expedition that caused the fall of the Aztec Empire and brought large portions of what is now mainland Mexico under the rule of the King of Castile in the early 16th century. 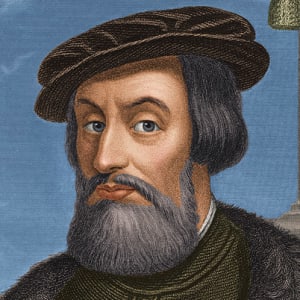 Retrieved from "https://history.wikia.org/wiki/Hern%C3%A1n_Cort%C3%A9s?oldid=27149"
Community content is available under CC-BY-SA unless otherwise noted.